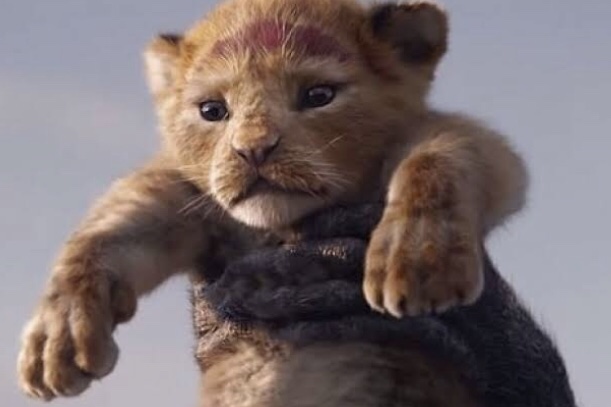 This whole production reeked of arrogance and self importance, and served more as an exhibition for Disney’s state of the art CGI technology than an even remotely comparable or respectful tribute to the original Lion King.

The CGI animals are impressive and incredibly lifelike, but that doesn’t necessarily mean that it worked as a storytelling device. The characters in the cartoon version had human expression and human characteristics which meant that we as an audience can suspend our disbelief and fall into the story.

Real life lions don’t show emotion in their faces, and it’s actually very confusing watching these animals move their mouths and have human voices with no corresponding change of expression. It genuinely felt like I was watching a YouTube video where some university student had taken National Geographic footage and dubbed it with dialogue.

Nothing about this film comes close to the original; the musical numbers are lack lustre (especially “Be Prepared”, which they’ve somehow diminished from one of the most riveting and stirring numbers from any Disney movie to a weird twenty second afterthought), the script isn’t as funny or touching and every single significant moment feels so half assed that you can’t help but think that the film makers are relying almost exclusively on the memory of the original to garner an emotional response. When Mufasa dies in the original, it’s genuinely heartbreaking. When he dies in this version, I didn’t care.

Chiwetel Ejiofor doesn’t come close to Jeremy Irons as Scar, the hyenas are boring, and Beyoncé as Nala is completely forgettable, except for her vocal gymnastics in “Can You Feel the Love Tonight” which were pointedly annoying and distracting. Literally the only divergence from the original film plot-wise is a redundant scene in which Nala sneaks away from Pride Rock to find help and the only reason I can think of as to why it was included is as a perfunctory attempt to give more autonomy to a female character and sidestep the inevitable cries of sexism that all Hollywood directors must be terrified of by now.

The only characters that come close to their original counterparts are Timone and Pumba (Billy Eichner and Seth Rogen). There are a couple of pretty clever one liners and the two of them have the only decent chemistry in the entire thing. Were they any better or funnier than the original Timone and Pumba? I don’t think so, because again, the cartoon has the luxury of doing things that you simply can’t do with CGI. When CGI Timone and Pumba distract the hyenas towards the end, it’s funny, but cartoon Timone was able to do the same thing while wearing a coconut bra, grass skirt and lay.

The final action scene between the hyenas and lions is impressive, but no more so than the original. Just because new technology is available doesn’t necessarily mean that it’s going to produce a better product.

Animation holds a magic and charm that CGI will never have; the Lion King is a film about talking animals, why should it be rooted in and restricted by the laws of reality? The original Lion King is adored because of the story, the music, the characters and because of the obvious love for storytelling that the filmmakers invested in it.

Jon Favreau’s Lion King is the most unnecessary and disappointing of all the Disney live action remakes, and goes to show that even with all the money and resources in the world, a film is nothing without heart.

I’m a 26 year old lawyer who loves a good movie! View all posts by jocklehman