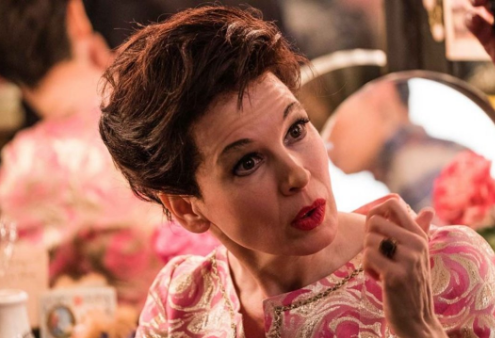 I was really happy to see Renee Zellweger back on the big screen. I think she’s a sensational comic actress, but I also think she’s seriously underrated for her dramatic chops. I was excited to hear she’d be playing Judy Garland, but portraying such an iconic figure is one of those risky roles which can go one of two ways; I knew going in that she’d either be up for an Oscar or that she’d be berated right out of Hollywood.

Luckily, Zellweger is phenomenal, which is a good thing since the film would be nothing without her. As far as story goes, “Judy” follows the stock standard biopic manual almost to a tee and in some ways I think simplified aspects of Judy Garland’s extraordinarily complex life. But I actually didn’t mind so much; this film was a vehicle for an unbelievable performance, and whenever Zellweger is on screen you can’t help but be enthralled by what is a true embodiment of Garland. Zellweger goes beyond just an impression, the accent, her performance style and the smallest mannerisms are so deeply entrenched in her portrayal that you forget that you are watching a depiction at all and are able to genuinely believe that the figure on screen really is the legend herself.

“Judy” depicts the last few months of Garland’s life as she tries to relaunch her stage career in London. The film opens with Garland at age 46, addicted to prescription medication and alcohol, and being evicted from her hotel suite for nonpayment of her account. Unable to provide a proper home for her two children, Garland moves to London to perform for a string of sellout concerts at the famous “Talk of the Town” where the Brits are still in love with her.

The director knows that a lot of Judy Garland fans will be wanting to see the great numbers which made her an icon and the film doesn’t shy away from that. It’s difficult enough for an actor to capture the essence of an individual just in their speech and decorum, but Zellweger manages to actually sing and perform with the same distinct style as the great Judy Garland and makes it look so effortless! After her first performance of “Come Rain or Come Shine”, the scene cuts to Garland sitting slumped over and drunk in her dressing room; the film highlights beautifully the difference between the person of Judy Garland and the mask she wore as a star.

The film plays out more or less how you’d expect it to, but there was one ingenious scene which I didn’t anticipate; after one concert, Garland meets two gay fans who had been waiting for her at the back of the stage door. They congratulate her, tell her that they’re huge fans and she asks them if they want to go for dinner so they get drunk and sing show tunes back at their place over a plate of scrambled eggs. This probably (almost definitely) didn’t happen in real life, but it was such a lovely little moment that showed Garland’s yearning for normality.

Judy Garland had an undeniably tragic life, and there’s no shortage of emphasis for this. Throughout the film there are a series of flashbacks to a young Judy Garland at the height of her career, being sleep deprived and force fed amphetamines to keep up with the gruelling rehearsals and press commitments and then other drugs to bring her down again. The pervy and repulsive head of MGM Louis B. Mayer calls her fat and says that the only reason she’s here and not any of the many prettier and more talented girls out there is because of her voice. I thought these flashbacks were a little jarring and unnecessary; it’s pretty obvious from context that Garland was abused by MGM as a young actress and any time when Zellweger isn’t on screen draws attention to the comparatively lacking nature of the rest of the film. The portrayal of Garland’s marriage to Mickey Deans is especially shallow and reductive, and has been wedged in without any proper sense of execution or thought.

One thing I didn’t expect was for the film to be as funny as it was; I think it’s a sad thing that the world’s memories of Garland are shaped in many ways by her last moments of decline. Her life was undeniably tragic, but I liked that Zellweger was able to bring some humour to her role and remind the audience that Judy Garland was a true Hollywood star, but also a person who was a mother, a quick wit, warm, funny and ultimately human.